Keeping your eye on the ball as the Keeper also means understanding the capabilities of yourself and your opponent.

Opponent:
As the Keeper is watching play develop and what amounts to be the “invasion” of the mid-field, and the defensive half, it also means the need to understanding the opponents passing successes & capabilities, their ability to change the point of attack, their control play to maintain possession. .

Watching and understanding their player positioning as they approach is critical to understanding where the Keeper needs to position to defend appropriately.

In the scenario below the White Forward on the left of the screen, just successfully did an overlap on your left defender, so the logical move is to defend against the immediate threat and protect the near post.

The time needed for a foot moving shift toward the threat and defending of the keeper needs to happen in a fractions of seconds, or the result is the Goalkeeper being out of position to defend the crossed ball.

One of the reasons Goalkeepers tend to take more time to mature into the game is that visual coaching clues and learning could only be obtained on the pitch through repetition, but now they can improve their game knowledge through 3D simulation. Watching, learning and understanding the keys to “Threat Assessment” over and over again is what makes visualizing with MOTI’s Soccer Training Platform Mobile App invaluable to fast tracking the learning curve of Goalkeepers. 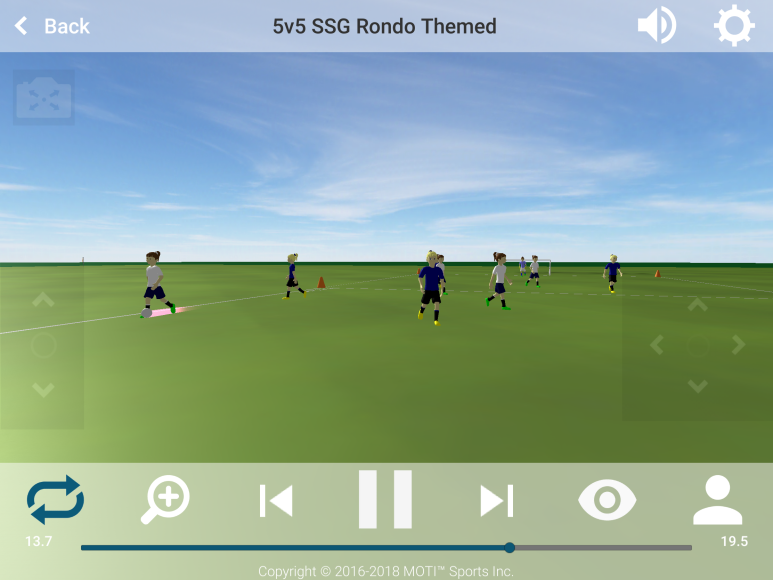 Click the image above to watch the Keeper’s Perspective